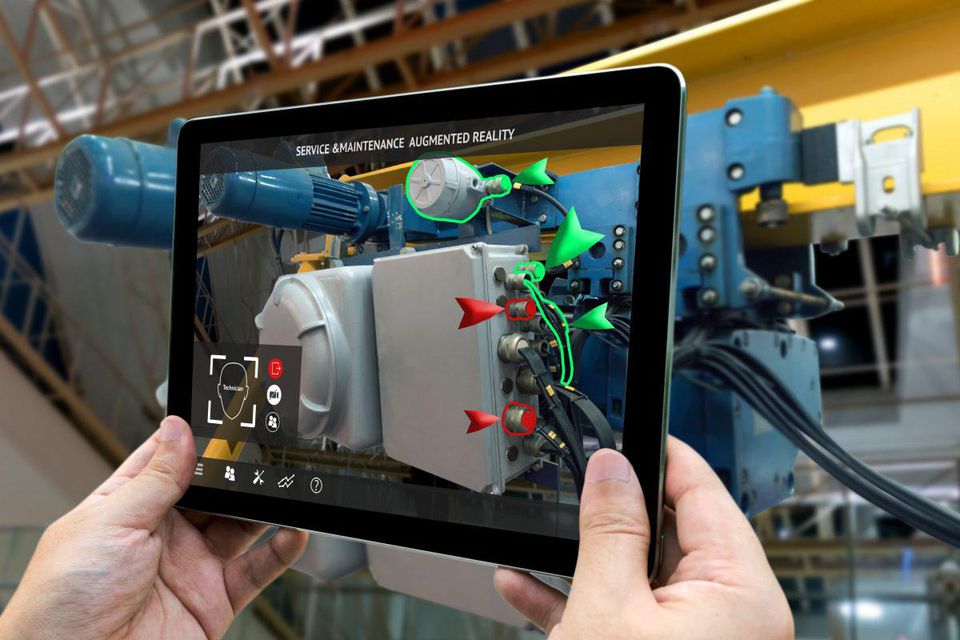 You can watch the video here
http://www.youtube.com/watch?v=FzmmKOvKdrY&list=PLQm6w83ObNq4cieuvutaLt9kLWEwy0Zpx&index=3

SBS provide a high quality Augmented reality. Augmented reality is a live, copied view of a physical, real-world environment whose elements are augmented (or supplemented) by computer-generated sensory input. Virtual reality replaces the real world with a simulated one, whereas augmented reality takes the real world and adds to it with—in the case of architecture—a 3D model of your design. With the help of advanced augmented-reality technology such as computer vision and object recognition, the information about the surrounding real world of the user becomes interactive and able to be digitally manipulated. In augmented reality, computer software must derive real-world coordinates, independent from the camera or from camera images. Augmented reality in construction and architecture projects involves placing a 3D model of a proposed design onto an existing space using mobile devices and 3D models. AR has been used in the video gaming and media entertainment for a much longer period of time to show a real image interacting with one created from computer graphics. Its utilization matured in the AEC industries in the past five years when contractors such as Seattle’s BN Builders began using it to show clients proposed designs in the context of existing conditions using iPads and other mobile devices on a construction site.